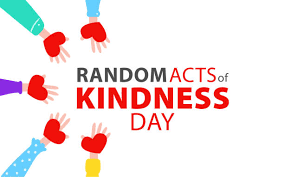 (Jefferson City) Random Acts of Kindness Day has been recognized for the past few years in Washington County but now it will be recognized statewide after Governor Parson signed a bill last week making it official.

The bill’s sponsor is State Representative Mike McGirl of Potosi.

He has been attempting to make this day official in the Show-Me State ever since he became a legislator.

McGirl says some residents from northern Washington County were behind him sponsoring and backing the bill.

August 31st is now known as Random Acts of Kindness Day across the state of Missouri.

That day was chosen because it is the day before the start of Suicide Awareness Month which is the entire month of September.

The first Friday in May will be known as Law Enforcement Appreciation Day.