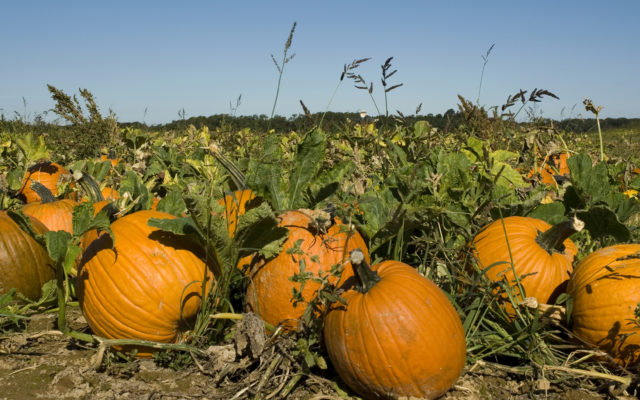 Agricultural east end of Long Island, New York, pumpkins are ready to be picked on the farm in autumn.

(Herculaneum) Everyone is invited to Reuther Ford’s Payton and Dakota’s Great Pumpkin Patch this Saturday at the dealership located off I-55 in Herculaneum.

During the event people can pick out as many pumpkins as they want.

Doug Reuther says donations benefiting the BackStoppers of Jefferson County are greatly appreciated and will be accepted during the event.

The BackStoppers provides financial assistance and support to the family’s of first responders who have been injured or lost their life in the line of duty.

Jefferson County Sheriff Dave Marshak says that was proven when a deputy in his department was injured in the line of duty this year.

The Payton and Dakota’s Great Pumpkin Patch at Reuther Ford in Herculaneum will be held on Saturday from 9am until 3pm.

All money raised during the event goes back to benefit the BackStoppers of Jefferson County.