As St. Louis County native, I grew up with a love for the Cardinals and Blues. Listening to the greats on the radio like Jack Buck, sports was my thing, especially baseball.

I attended The Broadcast Center in St. Louis soon after graduating from Kirkwood High School. I stepped into a part-time role at KJFF in 1997, and would later begin working full time, and became Sports Director in late 1999. Covered Jefferson County sports like a blanket with numerous memorable baseball, basketball, and football games as well as Jefferson College Athletics. Had the chance to call state championship games with Crystal City baseball in 2010, and several Festus Post 253 American Legion state championship teams including a World Series appearance. As well as trips to the JUCO World Series twice, and JUCO Women’s Basketball Championships twice. I held that role until 2013 when I left the station to do other things. 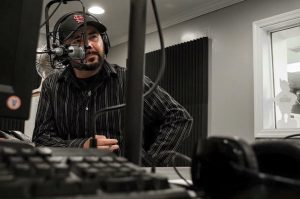 I returned to radio at KJFF in 2015 as a morning show co-host and News Director. In late 2018, I was offered the Program Director/Content Manager position, and have been doing that ever since. I currently co-host the KJFF Morning Show with Craig Hill. 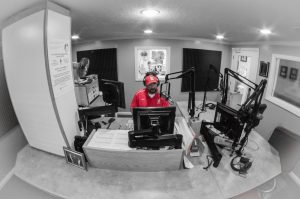 I am currently a member of the Twin City Rotary Club and a part-time bartender at Main & Mill Brewing Company in Festus.