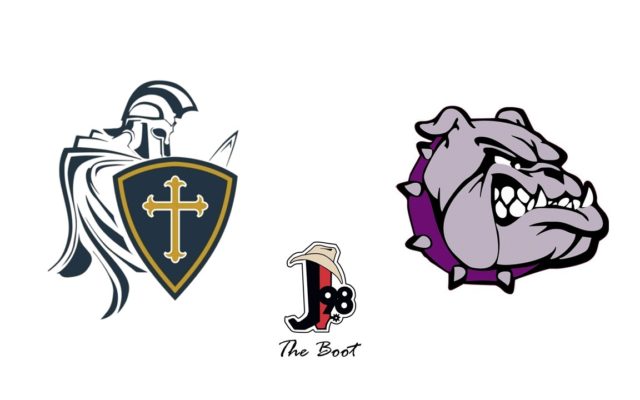 (Fredericktown, Mo.) The Class 3 District 2 girls champion was crowned tonight on J98 and the team who won is no stranger to district titles. The Saxony Lutheran Crusaders won their 8th straight district title beating the West County Lady Bulldogs 64-52 in Fredericktown. The Crusaders led the game from start to finish, but had to fend off the attack of the Lady Bulldogs multiple times.

The Lady Bulldogs never got it closer than that two points in the first half as the Crusaders went on a 5-0 run heading into halftime. Emma Brune from Saxony Lutheran was our Applebee’s of Farmington Player of the Game as she broke her own single season scoring record with 25 points in the victory.

Head coach of West County Bobby Simily says that he his proud of what his team accomplished this season and is even more excited for the opportunity to get better next season.

The West County Lady Bulldogs finish their season with a 20-7 record and runner ups in the Class 3 District 2 title game. Saxony Lutheran improves to 17-11 on the season and wins their 8th district title in a row. The Crusaders will play the District 1 winner in Class 3 next week in Dexter, Missouri in Sectionals.