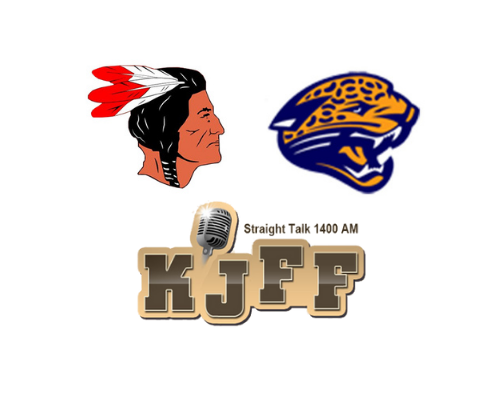 (Imperial) The Seckman Jaguars snapped a 14-game losing streak to their fiercest rivals and beat the Fox Warriors 20-13 in a thriller Friday night on KJFF.

Seckman marched down the field on a methodical 16-play opening drive.

Fox converted a third down on their first possession with a big 43-yard pass from Grant Gibson to Chase Price.

But disaster struck on the very next play.

That was the first of 3 first-half fumbles by the Warriors, but the Jaguars never made them truly pay for their mistakes.

Seckman wasn’t able to find the end zone again until late in the second quarter.

Despite facing a two-touchdown deficit at halftime, Fox did not wilt.

The Warriors took the opening possession of the third quarter and stormed right down the field.

The Fox defense came up with a big stop thanks to an interception by freshman cornerback Cameron Underwood.

The Warriors continued to pound the ball on the ground on offense, eventually tying the game.

But Seckman got the ball back and was determined to not give it back.

The Jags nearly held it the rest of the way before star junior quarterback Cole Ruble put them back on top.

Fox got one more chance, and sophomore quarterback Grant Gibson got the Warriors to 3 yards away from the end zone.

The game came down to the final play.

Seckman beat Fox for the first time since 2006 thanks to a whopping 46 carries from Ruble.

But the Applebee’s of Farmington Player of the Game was quick to praise his team’s defense and conditioning.

Seckman improves to 6-2 and will try to win a conference championship against Parkway South next week. Fox falls to 3-5 and next faces Ladue.