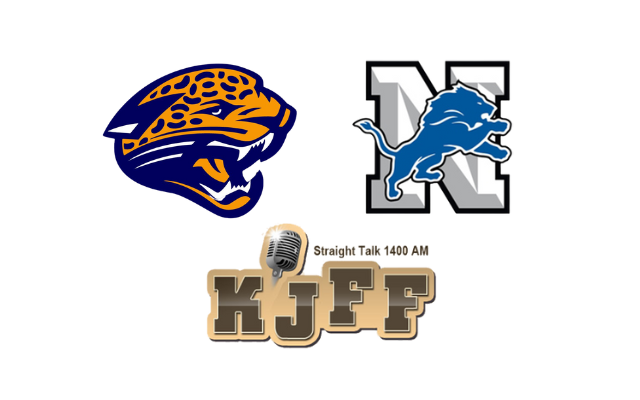 (Cedar Hill) The Seckman Jaguars rolled past the Northwest Lions 64-6 Friday night on KJFF. Seckman wasted little time getting on the scoreboard, scoring on the game’s first possession.

After forcing a 3-and-out on defense and dropping Northwest on a botched punt snap, the Jaguars made quick work of a short field.

Cole Ruble finished with 144 yards rushing and 3 touchdowns. Even when Seckman had to drive the length of the field on their third possession, Ruble was able to run for yards. But he also showed off his arm.

Northwest had a few drives where they showed promise on offense, but the Seckman defense swarmed the Lions most of the night, including later in the first quarter.

The Jaguars racked up a pair of interceptions, multiple fourth-down stops and 8 sacks. They even scored multiple times.

Northwest’s only points would come after being down 51-0 at halftime and trailing by as much as 58.

But, most of the night, Seckman head coach Nick Baer said his defense dominated.

The Jaguars improve to 2-1 ahead of facing Mehlville. Northwest remains winless as they travel to Lafayette of Wildwood next week.