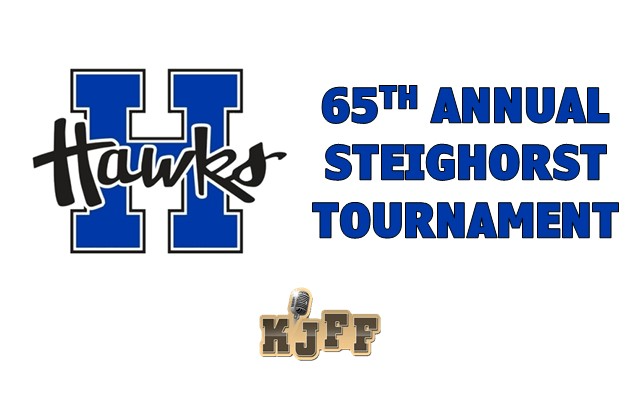 Another lower seed was victorious and the reigning champs won their season opener as the quarterfinals wrapped up in the Gene Steighorst Invitational Tuesday on KJFF.

The sixth-seeded Seckman Jaguars knocked off third-seeded Festus 73-64 to start the night, and the Jags were on fire from deep to get things started.

Seckman hit 8 three-pointers in the first half to lead by as much as 16.

But the Jaguars put the Tigers away with clutch free-throw shooting and a few other clutch plays in a season-opening win.

Josh Herget paced the Jaguars with 21 points, while Allen Grahovic added 19 and Riley Bradford chipped in 10 off the bench.

Festus was paced by 15 points from Ahrmad Branch in falling to 1-2.

The second half of a doubleheader belonged to the Eureka Wildcats with a 57-30 victory over the Northwest Lions.

Despite a tough night on offense, seniors helped Eureka find their rhythm in a 13-0 run to close the first half.

Luke Laudel paced the Wildcats with a game-high 15 points to capture their opener.

Trey Davis led the Lions with 13 points as Northwest fell to 0-2.

Eureka will meet Seckman in the semifinals Friday night. To hear the full game broadcasts again, click play below.