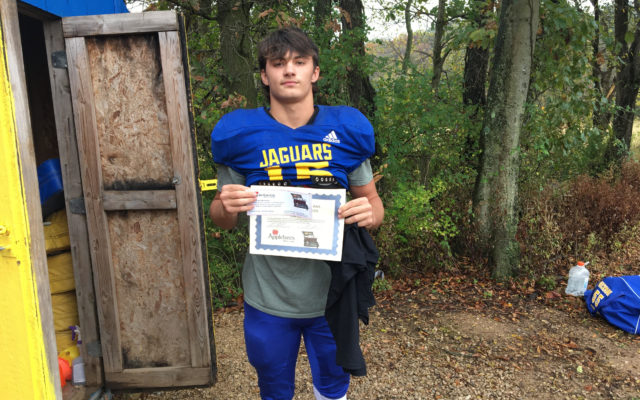 Seckman Jaguars sophomore quarterback Cole Ruble has been a breakout star in his first year leading the offense, but he was legendarily good in a 35-33 win over the previously unbeaten Central Rebels.

Ruble put up an astonishing 406 yards and 5 touchdowns this past Friday, and he more than earned the title of Applebee’s of Farmington Athlete of the Week.

Ruble says he knew from the start of training camp he’d be successful.

But when it came to putting up a record-setting performance against Central, Ruble says it was a team effort, one he knew would succeed early in the game.

But he says Seckman is far from done.

As Athlete of the Week, Ruble receives a T-shirt, a certificate and a coupon good for an entree at Applebee’s in Farmington.

To hear the full interview with Cole Ruble, click play below.