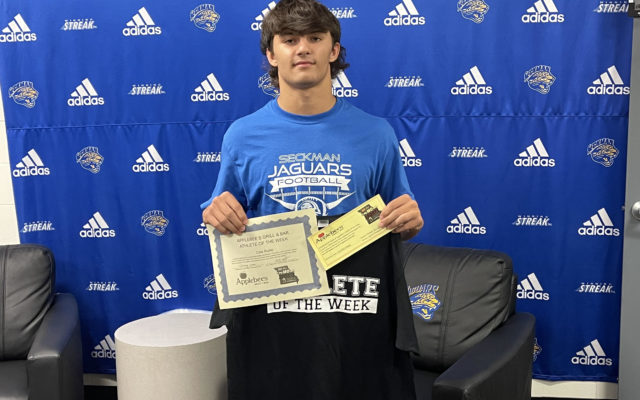 (Imperial) Cole Ruble has already accomplished quite a bit in his Seckman Jaguars football career.

The junior has managed to rush for 2,200 yards and 25 touchdowns in just the last 10 games.

His latest performance has once again earned him the Applebee’s of Farmington Athlete of the Week.

But he was quick to point out how well his teammates are playing at the beginning of the season.

Along with his exploits carrying the ball, Ruble went 5-of-6 passing the pigskin for 67 yards and a score.

Those totals are almost more than he posted all of last year.

Ruble says he’s been working on being a better passer for quite some time.

Ruble helped the Jaguars win the second-most games in a single season in school history last year, and Seckman is off to a 2-0 start in 2021.

But regardless of the record, Ruble says he wouldn’t want to miss a chance to be around this particular collection of teammates.

Ruble was an Athlete of the Week last fall after he ran for over 400 yards and 5 touchdowns in a win at Central.