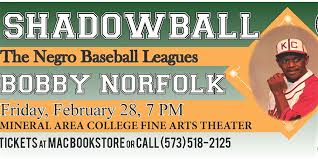 (Park Hills) The Mineral Area Council on the Arts has scheduled an interesting event to coincide with Black History Month.

Adkins says this theatrical performance will be uplifting and sobering at the same time.

Tickets are on sale now at the Mineral Area College bookstore.