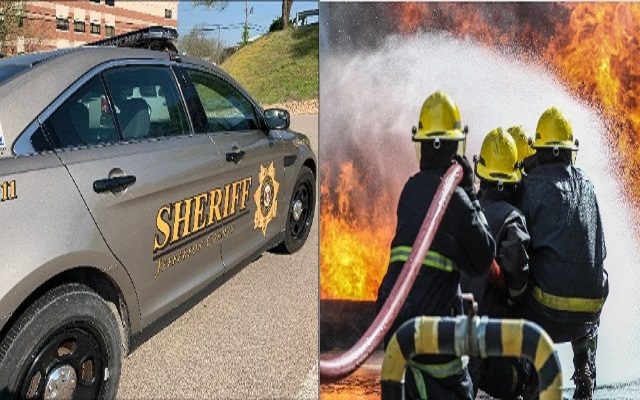 (High Ridge) The Jefferson County Sheriff’s Office Arson team is investigating after a 2-alarm fire broke out at a residence in the 6800 block of Twin River Road in the High Ridge area.

Captain John Barton with the High Ridge Fire Protection District says crews were dispatched to the blaze just before 9pm last Saturday when a neighbor called in to report seeing fire coming through the roof of the house.

EMS was on the scene and the 44-year-old male was transported by ambulance to an area hospital with apparent burn injuries.

There were no occupants inside the home at the time of the fire and no other injuries were reported on scene.

Fire crews continued to work the blaze before getting it under control around 10pm with units remaining on scene until around midnight.

A deputy was called to the scene to begin the investigation into the cause of the fire.

After speaking with the neighbor who initially reported the fire, the deputy was informed the home owner was out of town, and that there shouldn’t be anyone at the residence or on the property.

Sheriff’s office spokesman Grant Bissell says that’s when the deputy questioned the man who was found laying down on the property at the time of the blaze.

Authorities say the man has a St. Louis residence but it believed to be homeless. He was released from the hospital pending application of warrants.

The investigation into the fire continues.