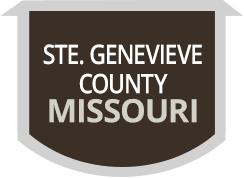 This project has upset some landowners who could see this line go through their property.

Heather Carron lives on farm property owned by her father-in-law in the Lawrenceton area.

Carron and others who could be affected by this new transmission line will be hosting a community meeting in Bloomsdale next month.

State Representative Dale Wright of Farmington says he will attend that meeting.

However, Steve Elsea, the manager of member services with Citizens Electric, says the routes for these new lines are not set in stone and they are still studying three different possibilities, and there could be even more route possibilities.

Elsea tells Regional Radio this new line and substations are needed because power is being overloaded in some parts of their system because of population growth, with more people using electricity on the Citizens Electric power grid.

He says the project would start at the Salem Bulk Station, just east of Farmington, making its way to a substation in Sprott to the Kinsey Substation and finally to the Valley View Substation located north of Bloomsdale.

Carron also told us some landowners are worried about these power groups using eminent domain.

Elsea says he expects that not to happen.

In fact, he said he can not remember the last time Citizens Electric used eminent domain.

The community meeting put on by the concerned citizens is scheduled for Friday evening, May 7th, starting at 6 at the K.C. Hall in Bloomsdale.

Ctizens Electric and Wabash Valley will also have another virtual meeting and a tele-town hall meeting for those without internet.

The virtual meeting is Wednesday, May 12th starting at noon and the tele-town hall event is set for Thursday evening, May 13th starting at 6.

To find out how to hear or view these meetings and for more info on this project, you can go to wvpa.com/salembulk/.