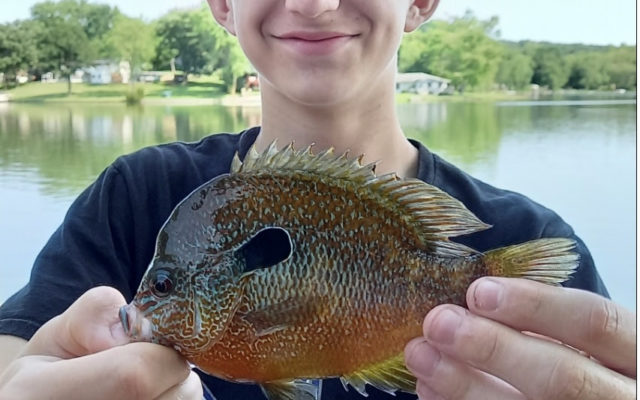 Audrain was fishing from a private pond in Franklin County on July 3rd when he caught the 5-ounce fish.

The previous record was caught by Audrain’s father on the same day in 2020 from the same location.

“We were at the lake fishing all day and having fun,” recalled Audrain. “I was using my handline and after about five minutes of trying I pulled out the fish. I’m really proud of myself and pretty competitive so it’s cool I beat my dad’s record.”

The sunfish was weighed on a certified scale at MDC’s St. Louis Regional Office.

Audrain said he will likely mount his record and place it next to his dad’s on their wall at home.