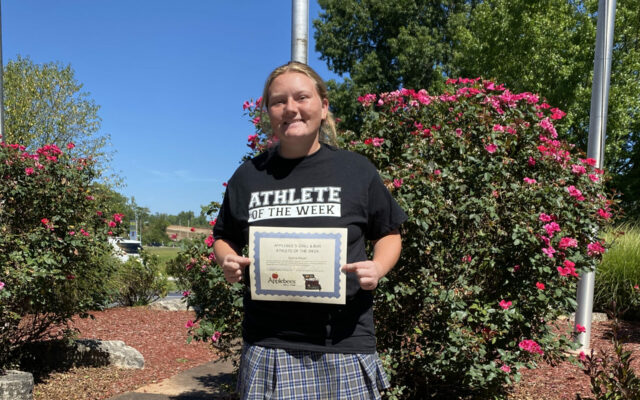 (Festus) St. Pius Shortstop Sophie Meyer had a phenomenal weekend to kick off the Lancers’ softball season. The senior had a slash line of .636/.714/1.636 through the first 4 games. Also, Meyer had seven hits in the Notre Dame tournament in St. Louis, five of which went for extra bases and three went yard. The 2nd-year captain’s hot-slugging start named her our Applebee’s of Farmington Athlete of the Week. Meyer says that constant practice keeps her locked in at the plate.

Meyer says that being a captain for the Lancers means so much to her.

Not only has Meyer been an star in her 4-years as a Lancer, but Pius’ Head Coach Kevin Halley says she is like an extension of the coaching staff. She embraces the role of being an extra coach on the field.

Meyer says that this strong start gives her and her teammates some momentum early in the season.

St. Pius is currently 3-2 and plays at Scott County Central Thursday night. As Applebee’s of Farmington Athlete of the Week, Meyer receives a t-shirt, certificate, and a coupon for a free entree at Applebee’s in Farmington.