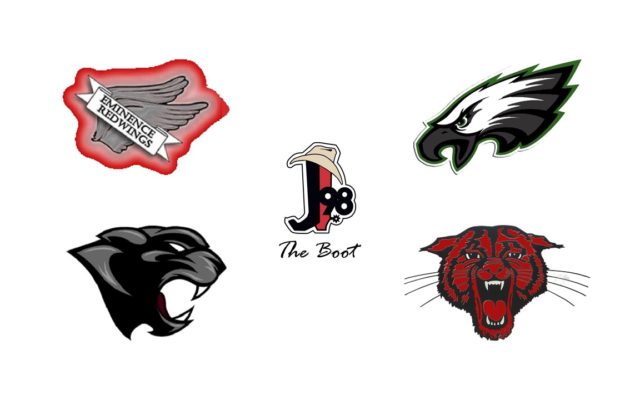 (Annapolis, Mo.) It was the boys’ turn to hit the hardwood at South Iron High School for the Class 1 District 3 semifinals and it was #1 South Iron and #2 Lesterville earning victories to advance to the championship.

In the first semifinal game of the evening it was the South Iron Panthers downing the Eminence Redwings by a final score of 59-43.

The Panthers struggled offensively at times but were able to get just enough from Applebee’s of Farmington Player of the Game Drenin Dinkins.

The Panthers improve to 28-0 while Eminence finishes the season at 8-17.

In the second semifinal game the Lesterville Bearcats edged out the Bunker Eagles by a final score of 52-49.

It was a tightly contested game throughout as Bunker sophomore Blake Mathis tied the game at the end of the third quarter.

The fourth quarter went back and forth until Lesterville sophomore Nolan Mathes put the Bearcats back on top for good.

The Class 1 District 3 championship is now set as South Iron will take on Lesterville in Annapolis on Thursday, and we’ll have coverage of that game beginning at 7:30 on 98.5 FM, J98.