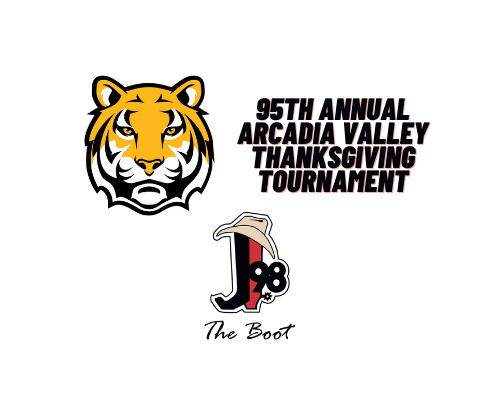 In our first broadcast game, the AV Tigers controlled the first half and got out to a big lead early. West County went on a short run, but the Tigers were able to answer. They went on a 7-0 run to go into the half.

An exciting third quarter led to a barrage of three-pointers from West County freshman Ty Harlow to narrow the gap. But Tigers junior Jackson Dement had a response.

While West County would come raging back and get it to single digits, Arcadia Valley found a way to make free throws and manage the fourth quarter behind Jackson Dement, who finished the game as our Applebee’s of Farmington Player of the Game with 18 points 5 rebounds and 3 blocks. Head Coach Erik Thompson talks a little more about the 6-5 forward.

In the championship game, South Iron got out to an early lead thanks to the hot hand of senior Drenin Dinkins.

It’s the fourth consecutive A-V Thanksgiving Tournament championship for South Iron and their 15th since 1999. Panthers head coach Dusty Dinkins talked to us after the game about playing in the longest-running basketball tournament in the Show-Me state.

South Iron improves to 3-0. They’ll take the week off and resume play next Friday against East Carter. Fredericktown is 2-0 and will get back to the hardwood on December 6th against Kingston. Arcadia Valley improves to 2-1 and will be back on the hardwood Tuesday at Lesterville. West County falls to 1-2 and will travel to Neelyville tomorrow (Saturday).