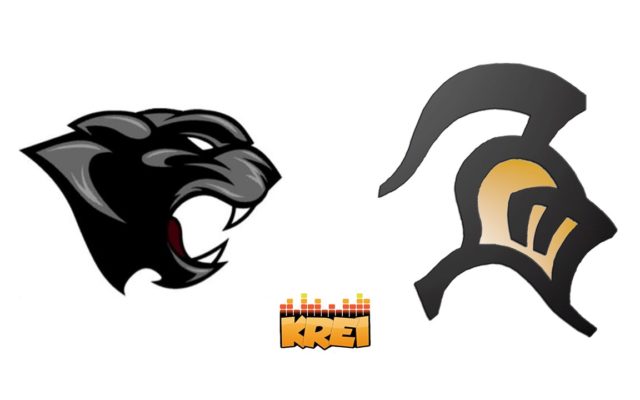 (Farmington, Mo.) The South Iron Lady Panthers traveled to Farmington tonight to take on the Knightettes on AM 800 KREI and left the Black Knight Fieldhouse with a 52-35 victory. The Lady Panthers who are ranked 3rd in Class 1 came into the game on an 8 game win streak, but the Knightettes controlled most of the first half. Emma Gerstner got her fourth and final point of the night with this strong drive.

The Lady Panthers found themselves on top by just two points at the halfway point, but were able to make some adjustments and break the scoring wide open in the second half. Madison Ayers was our Applebee’s of Farmington Player of the Game tonight as she dominated on both ends of the court.

The freshman finished with 20 points on the night. Head coach Lawrence Graves said Farmington played a tough 2-3 zone defense they hadn’t seen much of throughout the season, but were able to make some key adjustments at halftime.

The Lady Panthers finish the regular season with a 21-4 record and will play the winner of Lesterville and Bunker in the semifinals of the Class 1 District 3 tournament next Monday. Farmington falls to 10-12 and will face Poplar Bluff next Monday.