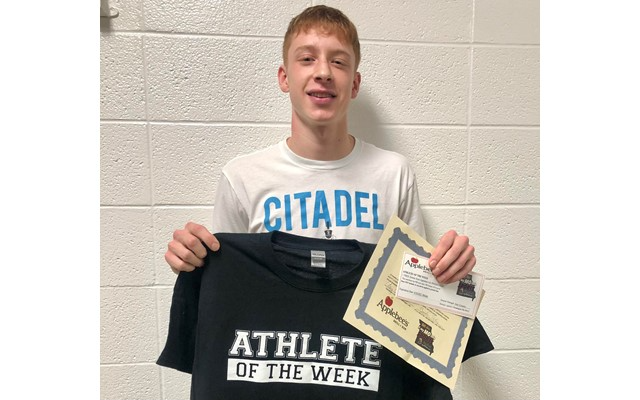 Leading the way was senior standout Brock Wakefield, who set the tone for South Iron all week and was named one of our Applebee’s of Farmington Athletes of the Week.

Already having earned every award in the book, Wakefield says he still appreciates the recognition when he receives it because it validates all his hard work.

In the team’s three games at the Christmas Tournament, Wakefield averaged 20 points per game, 5 rebounds, 4 assists, and 4 steals.

Another stat sheet stuffing performance was no surprise for Wakefield this past week, but he has consistently stated that winning trumps any other accolade on the court.

Wakefield has been a key contributor since he stepped foot on campus, and while some may see him as purely a scorer, he says he will always do whatever it takes to help the team win.

As Athlete of the Week, Wakefield received a T-shirt, a certificate, and a coupon good for one free entree at Applebee’s in Farmington.