Squirrel & Bass Season About to Begin in Show-Me State 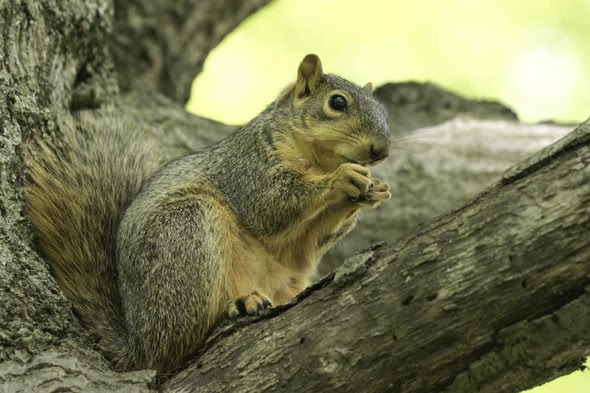 The hunting season on eastern gray and fox squirrels runs through February 15th.

Allowed methods include shotguns, rifles and other legal firearms, as well as archery, slingshots or atlatls.

Squirrels may also be harvested with cage-style traps as long as hunters have a valid small game hunting permit.

Anglers may catch-and-keep black bass such as largemouth, smallmouth and spotted Kentucky bass through February 28th.

Black bass does have a closed season part of the year in most streams south of the Missouri River.

Black bass can be caught and released legally throughout the year anywhere in Missouri and legal-sized bass may be kept all year long from impoundments and streams with no closed season.

In most state waters, the daily limit on black bass is six.

Fish taken from most rivers and streams must be 12-inches long.

Anglers must have a valid fishing permit or be exempt.