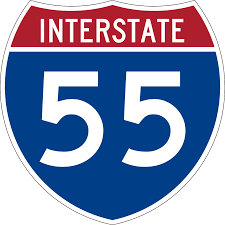 (Pevely) A St. Louis man had to be sent to a hospital after crashing a sports car Tuesday morning in Jefferson County.

The Highway Patrol says the accident took place on southbound I-55, just south of ‘Z’ Highway when 28-year-old Logan DeClue was passing another vehicle but his Ford Mustang ran off the left side of the road, the car struck the inside guardrail, then crossed over both lanes, striking the outside guardrail and then overturned as the Mustang went down an embankment.