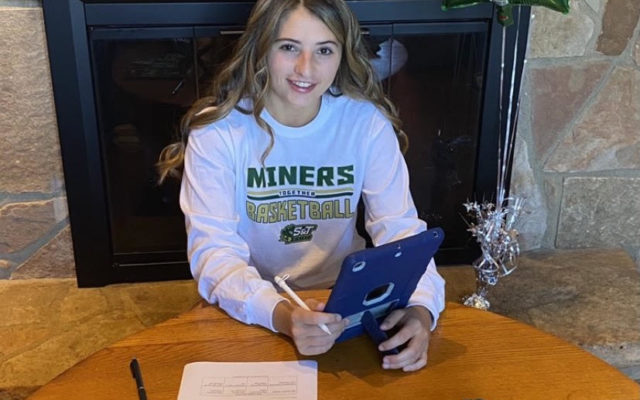 (Festus) One of the most versatile athletes for the St. Pius Lancers will be playing college basketball.

Agers says, while she likes the team that the Miners have, there were plenty of other reasons to attend S&T.

Agers has been a star on the hardwood as well as in softball, where she’s earned all-conference and all-district honors.

But she says she chose the game she loves to pursue in college.

And even as she ramps up for her final season at Pius and preparing to play at the next level, Agers says that passion for the game drives her.

Missouri S&T finished with a record of 8-19 in women’s basketball last year.

To hear the full interview with A.J. Agers, click play below.