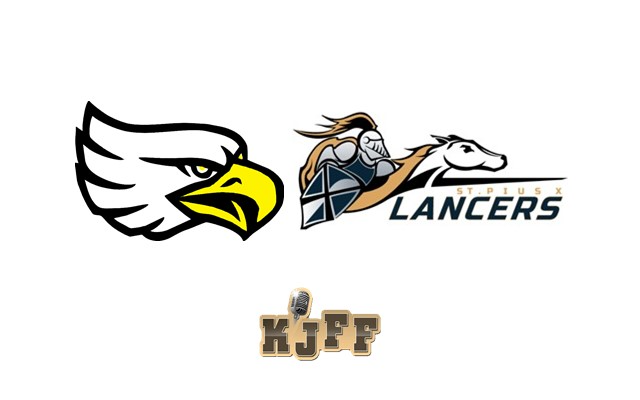 (Dittmer) The St. Pius Lancers busted out the big bats for a big conference win, defeating the Grandview Eagles 13-2 Monday on KJFF.

The Lancers, particularly senior first baseman Zander Parson, were swinging for the fences from the outset.

St. Pius scored 4 more runs in the third and five in the fifth.

Everybody, even players from the bench, got in on the act.

The offensive explosion would be enough to back up junior pitcher Tate Ramey, who went 4 innings and struck out 4 on his way to improving to 3-0 on the mound.

Lancers head coach Dan Oliver said the 12-hit outburst is something he wants to become a habit.

Parson finished with 2 hits, 3 runs scored and 3 runs batted in.

The Applebee’s of Farmington Player of the Game said he just stayed with his normal approach.

St. Pius improved to 7-5 overall and 4-0 in the JCAA Small-School Division.

Grandview falls to 1-2 in the conference and 4-7 overall.