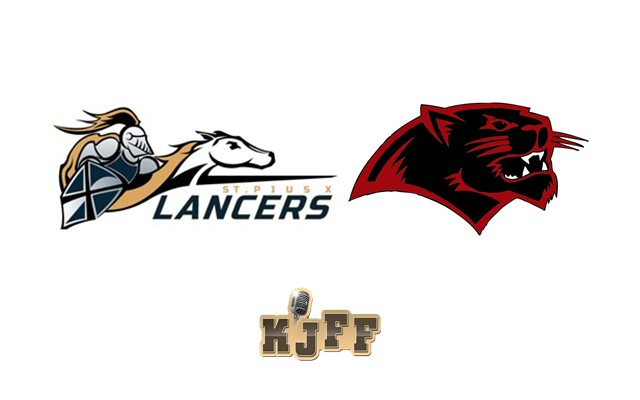 The St. Pius Lancers held on to win a thriller 10-9 over the Herculaneum Blackcats in 8 innings Wednesday on KJFF.

St. Pius was the team that got off to the strong start thanks to the Gilster Mary Lee Drive of the Game.

The game would be back-and-forth the rest of the way.

The Blackcats had one more wild rally in them late to send the game to extra innings.

But St. Pius would go in front in the eighth thanks to a wild pitch of their own and the Serenity Hospice Care Play of the Game.

The Lancers held on in the bottom half of the inning to stop a skid of back-to-back losses.

Freshman pitcher and Applebee’s of Farmington Player of the Game Zander Street kept St. Pius in the game by allowing just 3 runs in 7 innings of relief and striking out nine.