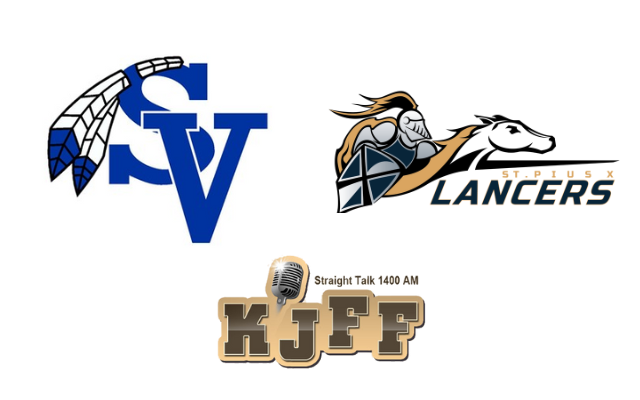 The St. Vincent Indians improve their record to 6-1 as they defeated the St. Pius Lancers 21-6 at St . Pius.

The teams traded possession in the first quarter and it was the Indians who got on the soreboard first with this 27 yard touchdown catch by Kaden Kassel. The extra point was good, 7-0 St. Vincent.

The Lancers found their way on the board with 6:27 left in the first half. Lancers running back Dabrien Moss rumbled his way into the endzone to make it 7-6 as the extra point was missed.

It wasn’t until the the beginning of the fourth quarter that either team scored, when St. Vincent Running back Drake Robinson broke the dead lock to put his team up 14-6.

St. Vincent Quarterback Christian Schaaf put the dagger into St. Pius’ homecoming dream with this run with less than 3 minutes left in the game.

St. Vincent’s record improves to 6-1 and now has an edge to claim the conference title. St. Pius slips to 5-2.

Next week, St. Vincent will play Grandview and St. Pius will take on Bayless.