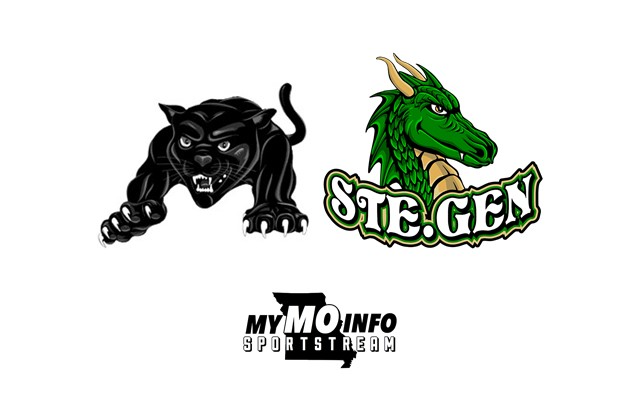 (Ste. Genevieve) The Ste. Genevieve Dragons took care of business in the Class 4 District 2 semis as they downed Fredericktown 72-47 tonight on the MyMoInfo SportStream. However, it wasn’t a pretty start for the #1 seed as the Blackcats struck first and built a 9-5 advantage leading to a Dragon timeout. Blake Morganthaler’s name was called for Ste. Gen off the bench and he delivered after the timeout.

The Dragons would take the lead in the second quarter and add on to it just before the break.

Rudy Flieg was challenged before the game by head coach Rob Coleman and he delivered an Applebee’s of Farmington Player of the Game performance with 23 points.

Andrew Starkey led the Blackcats with 14. Coach Coleman says it was a slow start, but once the ball started moving around the offense started heating up.