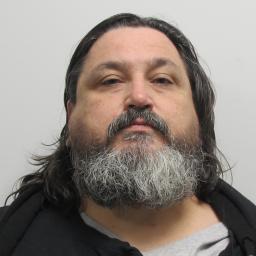 (Farmington) A Ste. Genevieve County man was arrested Monday in St. Francois County by the Missouri State Highway Patrol for failing to register as a sex offender for the second time.

According to the Ste. Genevieve County Sheriff’s Department website, Callahan is listed as a Tier Level 3 sexual offender.

The website also says Callahan is unemployed and lives in an apartment complex on Parkway Drive in Bloomsdale.