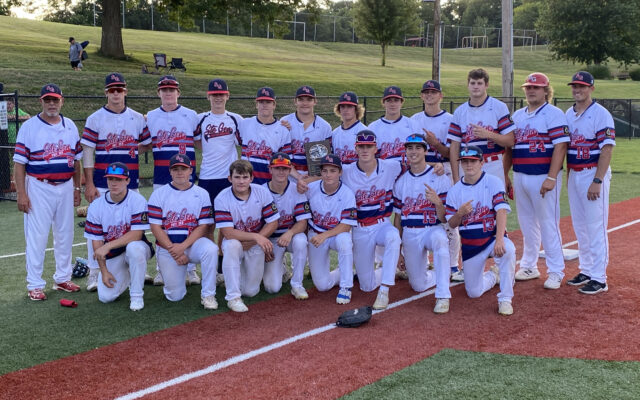 But Festus would rally from being down 2-0.

Post 253 would take a 3-2 lead, which Laine Axtetter would add to in the third.

Ste. Genevieve would respond by taking the lead courtesy of a 5-run fourth.

Festus would come right back in the top of the fifth to tie the game thanks to a 2-run double by Connor McDonald and a Canyon Stout sacrifice fly.

But the biggest swing came from Post 150 in the bottom of the sixth, as Slade Schweiss swatted the Gilster Mary Lee Drive of the Game.

Schweiss was the Applebee’s of Farmington Player of the Game.

Ste. Genevieve would add on insurance for their eighth win in the last 10 games.

Both teams will advance to the American Legion Zone tournament in Ballwin starting Tuesday.