Ste. Genevieve Rolls Potosi for First Win of the Season 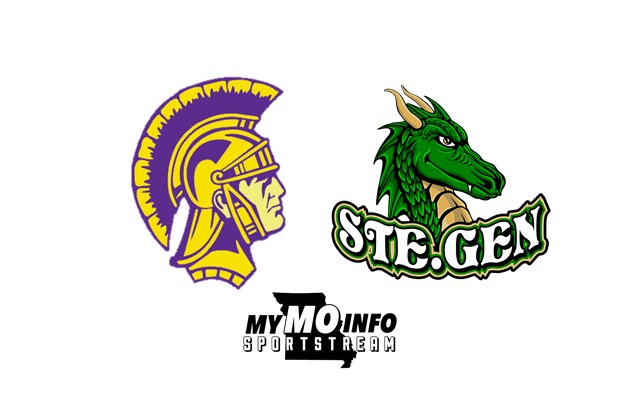 (Ste. Genevieve) Ste. Genevieve beat Potosi tonight 42-7 at home to get their first win of the season heard on the MyMoInfo SportStream. Ste. Genevieve jumped all over the Trojans scoring on the first play of each of their first two possessions to go up 14-0. Zach Boyer had 139 total yards on those two plays.

The defense showed up for Ste. Geneveive tonight putting up 2 scores of their own. Chaytin Lea intercepted sophomore Blake Coleman late in the second quarter and Kaden Flye intercepted Andrew Coleman in the 4th.

After the game, head coach Ken Weik talked about how his defense played.

Potosi head coach Dylan Wyrick wants to put this one behind the team, saying he didn’t have his team ready to play and is looking toward Central next week.

Ste. Genevieve gets their first win of the season and moves to 1-3 and will play St. Pius next week. Potosi falls to 2-2 and faces Central.