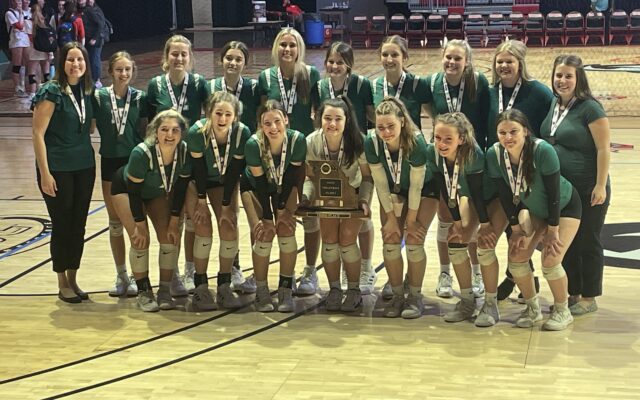 The Dragons won nine straight points in the first set en route to a 25-17 win to start the match.

In set two, Ste. Gen led 22-12 before the Mustangs strung together a run of their own to cut the deficit. Then came the point of the set.

The Dragons had a seven point lead in the third set but Eldon scored 12 of the final 14 points to take the set, 25-22.

In set four, Ste. Gen led 15-14 when Dru Koetting checked back into the game to help lead her team on a six point run that eventually led to the victory.

Koetting, the Applebee’s of Farmington Player of the Game, finished the match with 22 kills. Maya Watts recorded her 1000th dig in the 3rd place game. Ste. Genevieve places at state for the sixth time in program history.

Coach Carla Basler said they were out to prove they belonged.

Ste. Genevieve finishes the year with a record of 33-5-2.