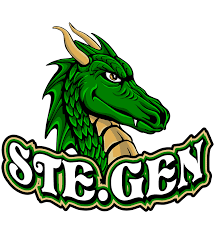 (Ste. Genevieve) The Ste. Genevieve volleyball team has had a successful two years under head coach Carla Basler. The Dragons went 20-6 two seasons ago then 18-10-1 last year with a district runner-up finish.

Though Abby Moore has graduated as a 1st team all-district middle hitter, Basler will have a talented group on the court this fall with seven seniors leading the way.

Official practices began on August 8th but Basler has gotten in a lot of work with her team this summer.

The Dragons have won a lot of games under Basler in a very competitive MAAA conference but a district championship has been just outside of their reach. Ste. Genevieve has back-to-back 2nd place finishes in district play.

Basler says the championship will be on their minds this fall.

Ste. Genevieve opens their season at home against Jackson on Monday, August 29th.