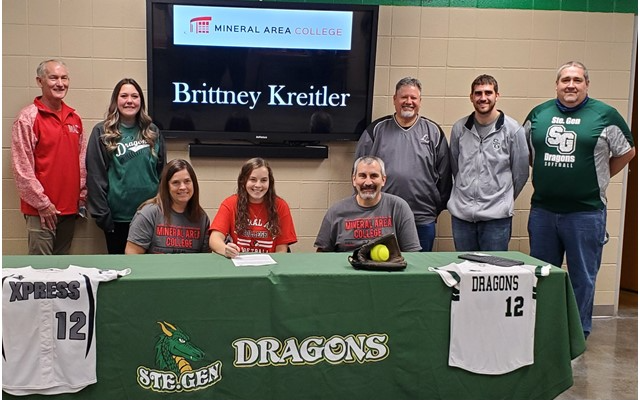 (Ste. Genevieve) The Mineral Area College softball team has added another talented player from the area to their squad for next year.

She says getting the offer from the Cardinals and being able to play close to home made it a great opportunity.

Kreitler has been a defensive anchor for the Lady Dragons’ softball team at the shortstop position.

She says one of her favorite parts of the game is making miraculous stops in the infield.

Like many other spring sport athletes, Kreitler lost out on last year’s softball season after MSHSAA brought sports to a halt at the start of the pandemic.

Now entering her final year with Ste. Gen softball, she says she has a few things she would like to accomplish.

Kreitler was also a member of the Lady Dragons’ volleyball team where she holds the school’s all-time career assist record.