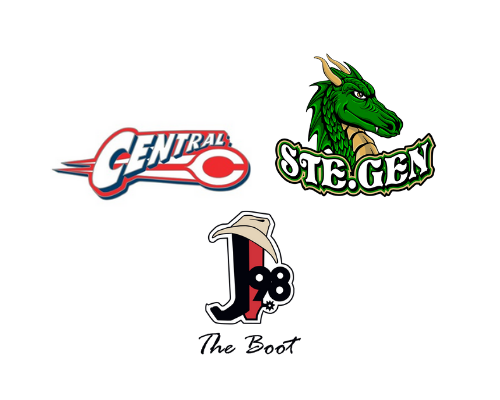 (Ste. Genevieve) Ste. Genevieve found a way to slow down the Central Rebel offense, but it still wasn’t enough as the Rebels beat the Dragons 28-14 on J98. Ste. Gen forced the Rebels to punt on their first drive, but Central’s second chance on offense was a different story.

That Dayshawn Welch score capped off an 85 yard drive. The Central defense then got a stop and capitalized on a short punt by the Dragons.

Central took a 13-0 lead into the half. The Dragons received the second half kickoff and made things interesting with a 65 yard touchdown drive.

The Rebels would get another touchdown from senior Ruger Sutton to go up 28-7. Ste. Gen’s Austin McBride scored late in the fourth quarter to finish the game with two touchdowns and over 100 yards. Dayshawn Welch was named our Applebee’s of Farmington Player of the Game with 20 carries for over 160 yards and a touchdown, but Welch left the game halfway through the fourth quarter with a lower leg injury.

That’s Central head Kory Schweiss. His team’s offense averaged 60 points-per-game coming into this matchup, but the Dragons held the Rebels to their lowest point total this season.

Central improves to 5-1 and has a date with Fredericktown next Friday. Ste. Gen moves to 3-3 and hosts Perryville next Friday.