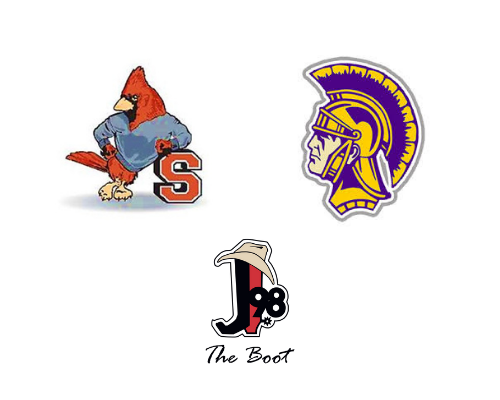 Both schools competed at the Central Christmas Tournament last week with Steelville coming in second place and Potosi finishing in fourth.

Steelville is the 9th ranked team in Class 3 per the latest Missouri Basketball Coaches Association poll. They beat second-ranked in Class 4 Central Park Hills in the semifinals of the Christmas Tournament on a buzzer-beater by junior Reagan Martin.

The 7-4 Lady Trojans were the fifth seed in the tournament. Potosi upset Festus in the first round then played South Iron and Central close in their next two games. Coach Allie Golden has relished the opportunity of playing some of the top teams in the state.

It’s Steelville at Potosi Tuesday night on J98. The Fliegs Equipment Equipment Pregame Show will begin at 7:15. The game can also be streamed on mymoinfo.com.