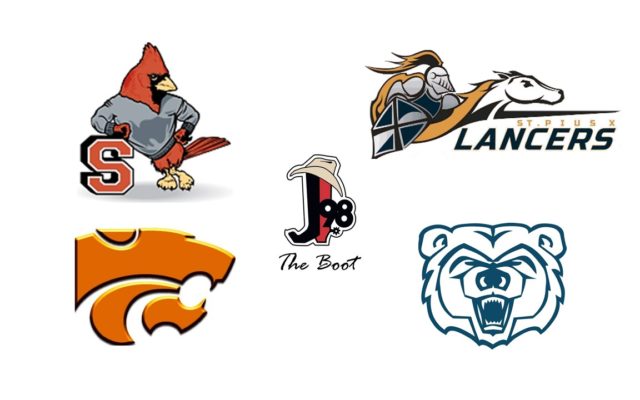 (Rolla, Mo.) Two area teams will look to move a step closer to making the state championships on the hardwood Wednesday in Rolla.

Steelville takes on Licking and St. Pius battles Ava in the Class 3 state basketball sectionals from Missouri S&T on J98.

In the girls’ game, the Steelville Cardinals will look to win their eighth straight game and improve on their 22-5 record.

Having won a second District 3 championship in 3 years and 13 games in their last 14 tries,

Cardinals head coach Seth Collins says now the challenge is getting a young team to be ready for a quality opponent.

Juniors Alyssa Church and Sydney Booker will look to guide the Cards past the number-ten-ranked team in the state in Class 3.
The Licking Wildcats are 22-6 and have won eight straight to go with their District 4 title behind senior Karlee Holland and freshman Abbie Sullins.
In the boys’ game, the St. Pius Lancers look to build on their thrilling win over Steelville in the District 3 championship.
Seniors Riley Naeger, Eli Boyer and Josh Ruble have led the Lancers to a 21-7 record, but strong performances in the district tournament by senior point guard Kayden Cook and junior forward Michael Bollinger pushed Pius over the top in the postseason.

The Ava Bears are 23-5 and have only lost twice since the calendar turned to 2020.
St. Pius will take on Ava after Steelville faces Licking. Coverage begins from Missouri S&T with the Flieg’s Equipment Pregame Show at 5:40 Wednesday evening on J98.