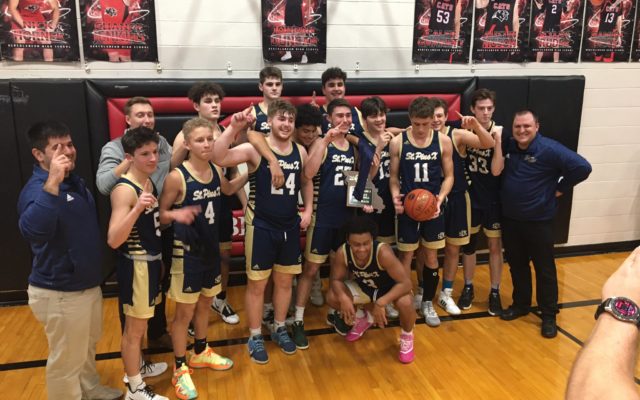 A piece of history and an all-time classic capped a week of basketball in Herculaneum.

The Steelville Cardinals knocked off the Grandview Eagles 46-28 in the Class 3 District 3 girls’ championship game, while the St. Pius Lancers edged out Steelville 45-44 in a thrilling boys’ title game Friday night.

The girls’ game was a defensive, tight-knit affair in the first half, but freshman Tobi Pennock came off the bench to give the Cardinals a huge lift.

Leading 17-11 at the start of the second half, Steelville junior forward Sydney Booker took over and put away the title.
Booker scored 16 of her game-high 19 points in the second half and was named Applebee’s Player of the Game.
Cardinals head coach Seth Collins said a few adjustments got the star junior going. 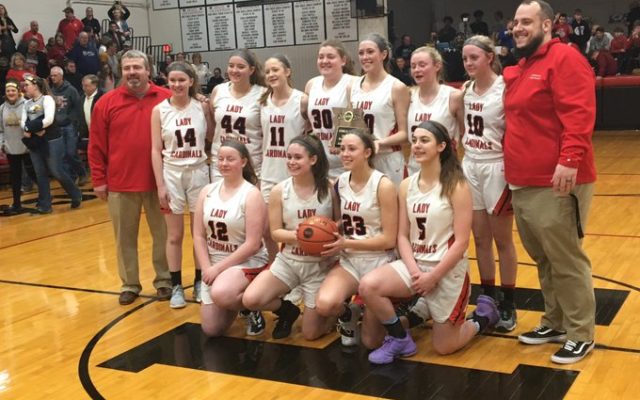 Steelville wins its second district title ever and improves to 21-5.
Grandview’s season ends with a record of 17-8.
The District 3 boys’ championship was an epic.
Steelville rallied from an 8-point deficit in the third quarter and used a 12-2 run to take a 34-32 lead.
St. Pius found itself down seven, but senior guard Kayden Cook capped an 8-0 run to briefly take a late lead.
The final 10 seconds were the stuff of legend.
Michael Bollinger scored seven of his 8 points in the fourth quarter to go with the go-ahead shot and was named Applebee’s Player of the Game.
He describes the shot.
St. Pius wins its first district title since 2006 and improves to 21-7.
Lancers head coach Chris Miller’s message in the waning seconds was one of confidence.
Steelville has a 17-game winning streak snapped and ends the year at 24-3.
St. Pius will battle Ava in the Class 3 state sectionals Wednesday night, after the Steelville girls take on Licking starting at 6 from Missouri S&T in Rolla.
To hear the full game broadcasts from the District 3 championships, click play on either link below.
Connect With Us Listen To Us On