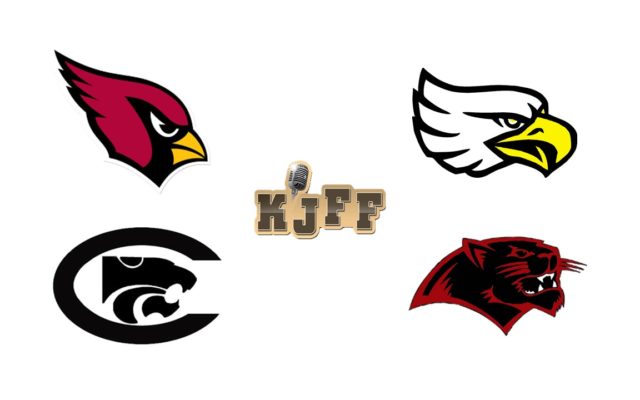 The Class 3 District 3 girls’ basketball championship game is set after the semifinals Tuesday night in Herculaneum.

In the first game, the Cardinals used defense to take a lead over the Wildcats, but they finished off the win with some timely shooting.

Naomi Perkins would finish with 16 points and was named Applebee’s Player of the Game as Steelville improves to 21-5.
Cardinals head coach Seth Collins said Perkins made the plays she had to.
In the second semifinal, JCAA rivals collided, but after splitting the first 2 meetings this regular season, the Eagles led wire-to-wire to beat the Blackcats on their home floor.
The biggest reason why was the biggest player on the floor, 6-foot-2 freshman Anna Belle Wakeland.
Wakeland finished with a game-high 18 points and helped Grandview pull away in the fourth quarter.
Eagles head coach Steve Noblitt says the best is yet to come for Wakeland.
Grandview moves to 17-7 while Herculaneum’s season ends with a record of 19-8.
Grandview will face Steelville for the Class 3 District 3 championship game Friday night, which you can hear on AM 1400 KJFF.
To hear the full game broadcasts from the District 3 semifinals, click play below.
Connect With Us Listen To Us On