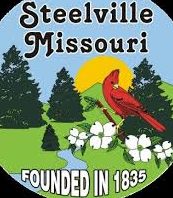 (Steelville) The City of Steelville is still searching for the right company to upgrade the community building in town. Mayor Terry Beckham gave us the update on the bidding following the city council meeting Monday night.

In other news from the meeting, Mayor Beckham says the city has struck a deal with the Missouri Public Utility Alliance.

And the Mayor says there is a new laundromat and appliance store in town thanks to Bradley Kreitner.

The next Steelville city council meeting is set for Monday, November 21st at 7 p.m.