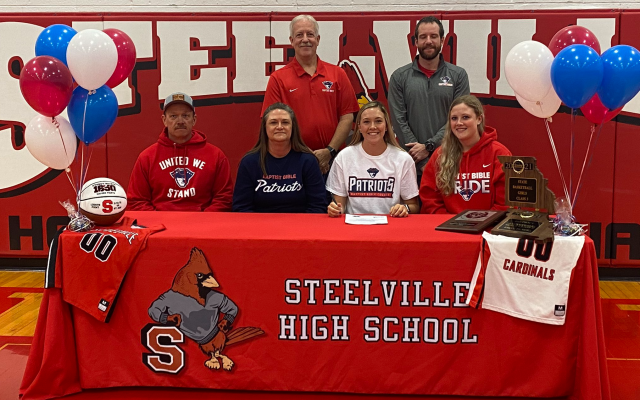 (Steelville) Steelville’s standout athlete has made her decision on where she will continue her athletic career next year.

She says there were several factors that drew her to play for Baptist Bible.

While Booker excelled on the hardwood, she was a tremendous three-sport athlete for the Lady Cardinals as she also participated in volleyball and track.

She says the other sports are fun, but there is just something special about the game of basketball.

Winning has been a big part of Booker’s tenure at Steelville.

She has had plenty of success on the basketball court, the volleyball court, and on the track.

However, Booker says one of the things she will remember the most is just the support from the Steelville community.

In her senior year with the Lady Cardinals basketball team this year, Booker averaged 20 points, 8 rebounds, 2 assists, and 2.4 steals per game while shooting 64% from the field and 81% from the free-throw line.