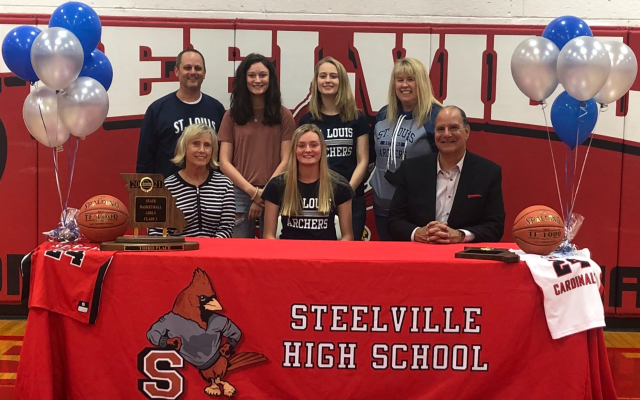 (Steelville) The guard that has led the charge for the stellar Steelville girls basketball team over the past four years has decided where she will continue her hoops career.

She says there were several factors that drew her to play for the Archers.

The Lady Cardinals have done a lot of winning throughout Church’s tenure, averaging over 22 wins per season over the past four years which includes three district championships.

She has been a key component to the team’s success as a starter since she was a freshman, frequently running the offense as one of the primary guards.

Church consistently improved throughout her career, and she says head coach Seth Collins played a big role in her development with how he pushed her and always believed in her.

Having one of the best runs in program history over the past four years also brings with it tremendous growth in support from the Steelville community.

Church says having the Lady Cardinals faithful at their back meant a lot.

In her senior year with the Steelville girls basketball team this year, Church averaged 9 points, 5 assists, 2.6 rebounds, and helped lead the team to a (24-7) record and a 3rd Place finish in Class 3.

She joins a St. Louis Community College women’s basketball team that finished the 2021 season at (6-9).