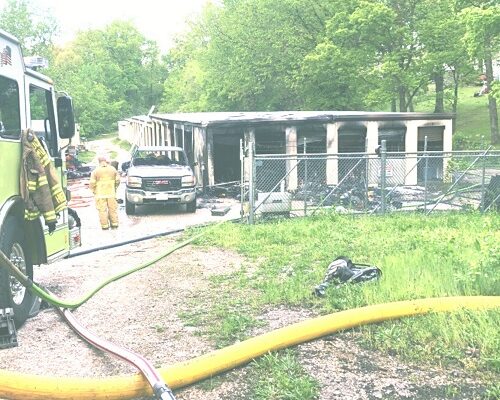 (Arnold) The Rock Community Fire Protection District was called to a fire early Monday morning. Rock PIER Officer Stephanie Jackson says the call came in around 5 o’clock in the morning and the fire broke out at a storage building located off Jeffco Boulevard in Arnold.

Jackson says a 2nd alarm was called in as their firefighters began to take down the fire.

The cause of the fire was determined to be accidental. Rock Community Fire was assisted by Saline Valley Fire, Antonia Fire, Rock Township Ambulance, and the Arnold Police Department.