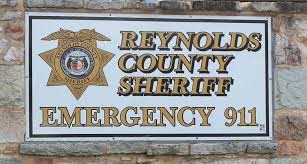 (Centerville) A scary situation for the Reynolds County Sheriff’s Department had a peaceful ending Monday night.

Sheriff Horn says this event unfolded the way they had hoped.

As for the man who shot inside the home, that portion of the incident is still being investigated to see if charges should be filed against him.

We asked the sheriff if calling the police would have been the better route for that individual.

The boyfriend of the victim exited the home in Centerville peacefully about a half hour after the first deputy arrived on the scene.

The man arrested is Douglas Duane Martin of Ellington.

The prosecuting attorney has charged him with second degree kidnapping and unlawful possession of a firearm.

Martin is being held in the Reynolds County jail with no bond as of right now.

The name of the man who shot inside the home has not been released unless criminal charges are filed against him.