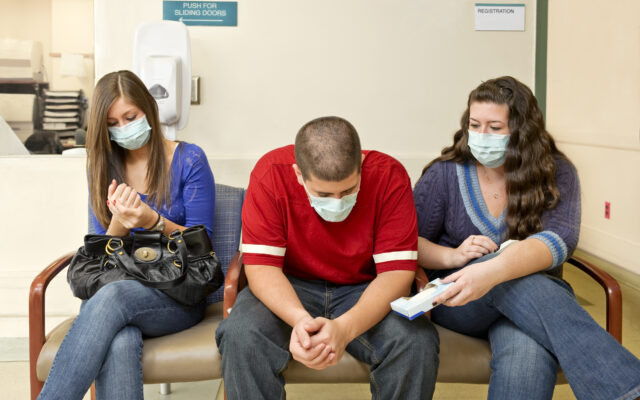 (Herculaneum) Students at Herculaneum High School walked out of class on Monday in protest of a fellow classmate being escorted off school grounds by Herculaneum police for not complying with the Dunklin R-5 School District’s mask mandate.

Dunklin R-5 Communications Director Matt Lichtenstein says the student, Tristan Watson who is a senior, was removed from school on January 27th, one day after refusing to wear a face mask at school.

The student is said to not be in trouble and that the school nor law enforcement are seeking any disciplinary action.

The student was taken home by police because his parents were not available to pick him up.

We asked Lichtenstein what if the student were to return on school campus without wearing a face mask while the mask mandate was still in place.

Roughly 60 students walked out of class to protest on Monday.

The Dunklin R-5 School Board implemented the mask mandate on January 24th, which followed a half week of the district being all virtual with the rise in staff outage due to illness.

The news has since reached the Missouri legislature.

In a press-release on Tuesday afternoon, “State Rep. Mary Elizabeth Coleman and a group of state legislators are standing in support of a Herculaneum High School student who was victimized by COVID Tyranny. Coleman was joined by 13 other state representatives who criticized School Superintendent Clint Freeman’s decision to have Tristan Watson hauled off in the back of a police car for refusing to wear a mask.”