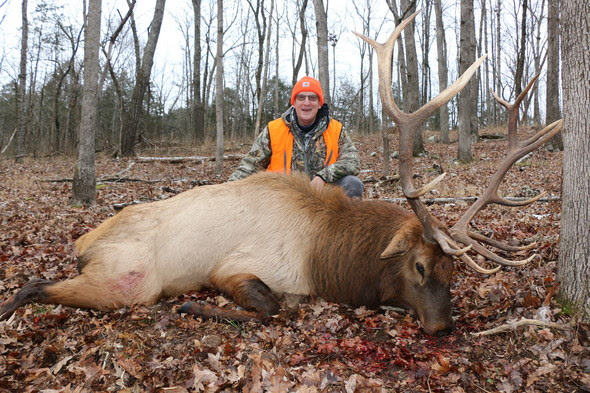 (Eminence) Missouri’s first elk-hunting firearms season had five hunters and they were all successful.

An archery elk hunt earlier in the year had no one harvesting an elk.

The five Missouri hunters were selected for elk-hunting permits through a random drawing of more than 19,215 permit applications, including 33 for one resident-landowner antlered-elk permit.

Joe Benthall of Mount Vernon harvested a 5 by 5 bull elk on National Park Service property near the Log Yard in Shannon County.

Michael Buschjost of St. Thomas took a 6 by 6 bull elk outside of the refuge area of Peck Ranch Conservation Area.

Sam Schultz of Winfield harvested a 5 by 6 bull elk on private property in Shannon County.

Clark said “I’m really happy to represent what I believe to be one of the most important hunts of my life”.

He went on to say this elk program is an example of one of the best things to happen for the people of Missouri in terms of conservation efforts.