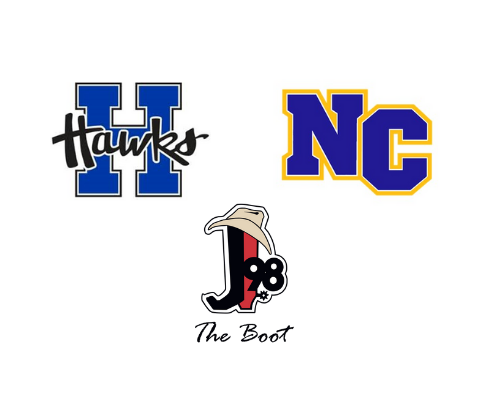 (Bonne Terre) The latest edition of the Hillsboro-North County rivalry will be live on J-98 Friday evening. The schools played twice last season with each side winning once, but the Raiders ended the Hawks’ 2020 season in the district semifinals with a 36-28 win. North County head coach Brian Jones says Hillsboro looks like an improved team this year.

The Hawks have a strong rushing attack led by juniors Jaxin Patterson and Austin Romaine. In last week’s 41-point shutout over Cape Central, Patterson ran for 144 yards and four touchdowns on seven carries. Romaine has racked up over 200 yards on the ground this season and, defensively, leads the team in tackles. But Hillsboro head coach Bill Sucharski knows his team matches up pretty well with the Raiders.

This looks to be a battle in the trenches because North County junior Jobe Smith is averaging over 13 yards-per-carry and senior quarterback Nolan Reed has seven rushing touchdowns and averages over ten yards a tote. The 3-0 Raiders host the 2-1 Hawks on J-98 Friday evening. The Fliegs Equipment Pregame Show starts at 6 with kickoff set for 7.