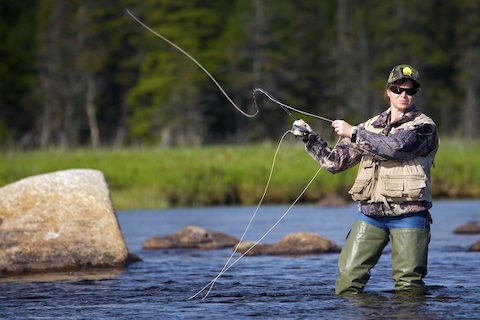 The Missouri Department of Conservation says Montauk Trout Park in southeast Missouri’s Salem had the largest catch on opening day, an 8.5 pound monster.