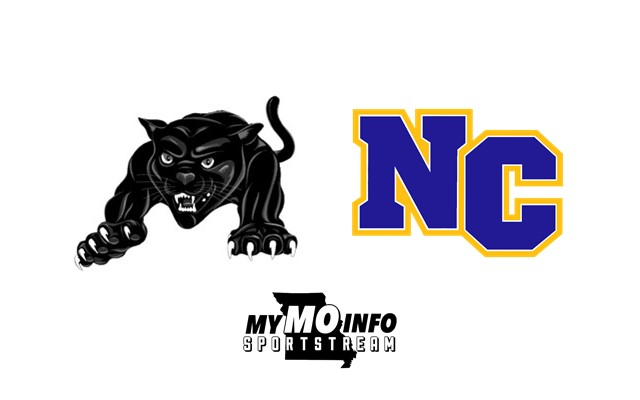 (Bonne Terre) The North County Raiders softball earned a hard-fought 7-1 victory at home over the Fredericktown Blackcats tonight on the MyMoInfo SportStream.

Already leading 1-0 after the first inning, Emily Morgan extended the Raiders lead in the bottom of the second.

A third run of the inning came across on an error shortly thereafter to make it 4-0 after two innings.

Fredericktown was able to push across their lone run of the game in the top of the fourth inning as Makayla Tourville crossed the plate on an Emma Wengler fielder’s choice.

The Raiders offense was held in check throughout by Blackcats starter Kiley Elders, but in the bottom of the sixth inning, it was Kylie Moebes who put the game out of reach for good.

Moebes scored after an error for the final tally of 7-1.

Cheyenne Dickens got the start for North County and went the distance, striking out four while allowing just three hits and the one run.

Dickens and Morgan were named the Applebee’s of Farmington Players of the Game.

Morgan finished the game going 2-for-5 with a double, two RBI, and a run scored.

North County improves to 5-7-1 with the win and will next host the Union Wildcats on Monday.

Fredericktown falls to 1-12 and will host East Carter on Monday.