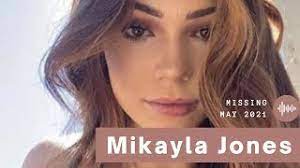 (Irondale) Two men are charged with abandoning a corpse after an 18-year-old Farmington woman’s remains were discovered after being dumped in Washington County.

The prosecuting attorney has charged Andrew Pierce and Ethan Civey with 9 total counts.

Police say the body of Mikayla Jones was found off of Highway ‘M’ near Irondale in a wooded area on Thursday, allegedly dumped there by Pierce and Civey.

The two are being held in the Washington County jail on 50-thousand dollar bonds.

No initial court date has been set for the two.