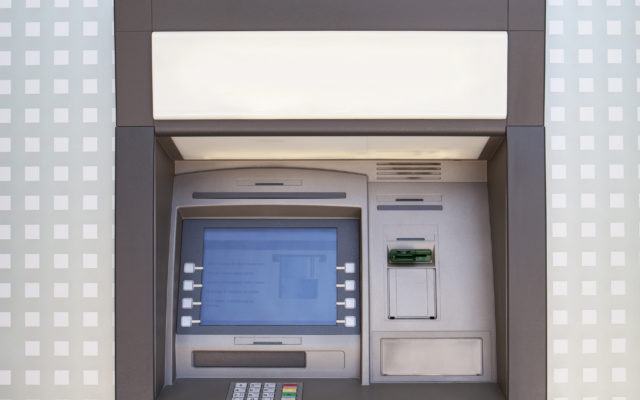 (Fredericktown) An A.T.M. machine just outside the city limits of Fredericktown was vandalized early Monday morning by two unknown individuals.

Paul Hale is the vice-president of the three Fredericktown branches of New Era Bank.

The crime took place around 4:30 Monday morning at the double ‘O’ Highway drive-up only bank when two individuals used a white,

When asked if any money was stolen from the A.T.M., Hale would not confirm or deny that to us.

Hale did tell us he learned from police, the pickup used in the crime had been stolen from the Farmington area.

The Madison County Sheriff’s Department has turned over the investigation to the F.B.I who always takes the lead in investigating any bank robbery or attempted robbery case.

New Era Bank already has bids out to replace the damaged, beyond repair A.T.M. machine.

Hale also tells Regional Radio there has been six similar crimes that have recently occurred at other banks in Illinois, Iowa, Oklahoma and the Show-Me State.

Officials know two individuals were involved in this crime after the banks’ security cameras recorded them.