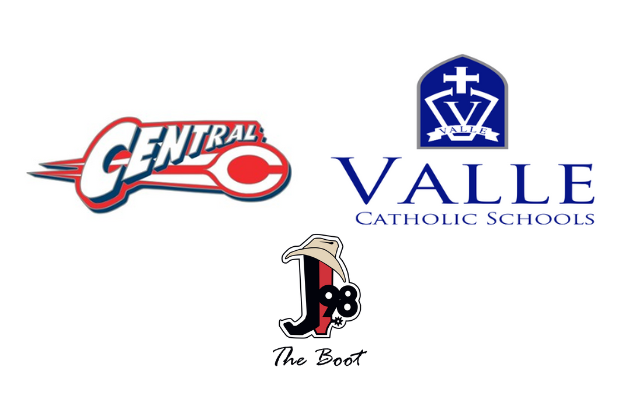 (Ste. Genevieve) The patrons of Southeast Missouri have been begging for Central and Valle Catholic to meet on the gridiron for years. Tonight, the 5-0 Rebels and the 5-0 Warriors will meet for the J98 Game of the Week.

Valle Catholic is ranked 3rd in Class 3 according to the latest media poll and Central was voted as the 8th best team in the class.

The Rebels are a complete team with an offense that scores 46 points-per-game while their starters on defense have given up just 30 points all season.

Central coach Kory Schweiss is looking forward to the matchup.

Valle’s numbers stack up pretty well, too. The Warriors average 61 points-per-game offensively and, after giving up 307 rushing yards to Seckman in the opener, Valle’s defense has yielded 63 rushing yards in the four games since.

Valle Catholic has been one of the top teams in the state for a long time, but head coach Judd Naeger has the ultimate amount of respect for Friday night’s opposition.

Central can spread the ball around very well thanks to quarterback Casen Murphy and his 12 touchdowns and nearly 1,000 yards through the air.

Valle Catholic has a rushing attack that averages 330 yards-per-game with senior Bryce Gielser leading the way with 652 yards and 10 touchdowns.

Central heads to Father John Dempsey Field for the first time in 15 years to battle Valle Catholic in the J98 Game of the Week. Tune into the Fliegs Equipment Pregame Show at 6:00 before kickoff at 7 o’clock.