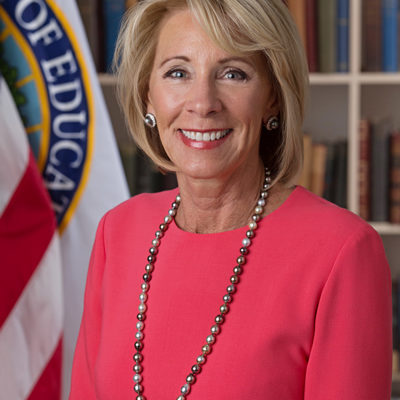 (Jefferson City) U.S. Education Secretary Betsy DeVos paid an unofficial visit to the Missouri Capitol today to speak to the Federalist Society, a conservative and libertarian organization devoted to the separation of governmental powers.

She introduced the idea of what she calls the Education Freedom Scholarship.

DeVos says her idea would not cost taxpayers anything.

Devos did not officially meet with lawmakers but her speech was given the same week two charter school bills will have committee debate.